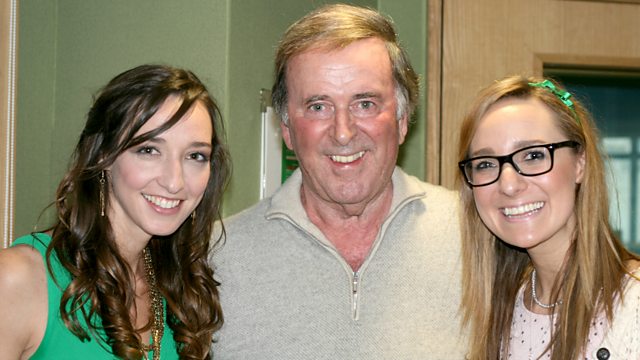 With Jenn Bostic and Emma Stevens

Sir Terry Wogan eases you into your Sunday lunch with music and musings, and welcomes Jenn Bostic and Emma Stevens to the studio for a stripped-down performance.

Sir Terry Wogan presents his Sunday morning show, easing you into your day with music and musings.

This week he's joined by Jenn Bostic and Emma Stevens. In October last year, Terry played records by both of these new artists. Through his Twitter account they found each other, became friends and have since played live shows together. They'll be reunited in the place where it all started for them, performing their own songs plus a collaborative effort.

With Richard Wilson and the Sugar Sisters