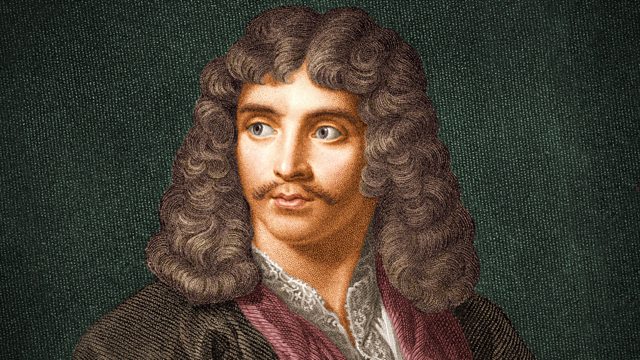 The Misanthrope by Molière, in a new version by Roger McGough
from the Liverpool Everyman and Playhouse and English Touring Theatre Co. production.

As part of Baroque Spring, Radio 3's season of Baroque music and culture, and following on from the Sunday concert, a new adaptation of this classic French play performed live in front of an audience at Powis Castle.

How to lose friends and infuriate people - a mockery of manners and morals set amid 17th century French aristocracy. Disgusted with French society, where powdered fops gossip in code and bejewelled coquettes whisper behind fans, poet Alceste embarks on a one-man crusade against fakery, frippery and forked tongues. But could the woman he adores be the worst culprit of them all? And in this rarefied world will his revolution prove merely revolting..?

Directed for the stage by Gemma Bodinetz

Produced and directed for radio by Pauline Harris

The stage production is currently on a ten week national tour. Please visit www.ett.org.uk for details.

See all galleries from Baroque Spring: Moliere's The Misanthrope (2)