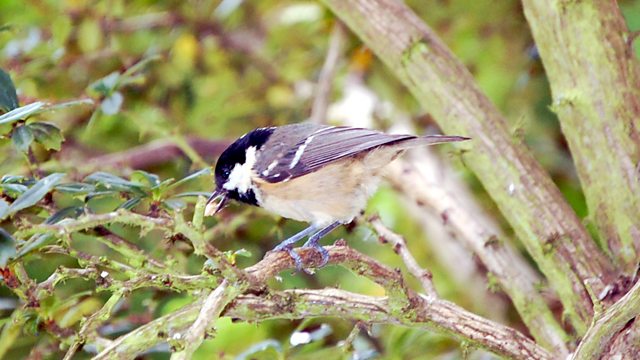 Welsh writer Jon Gower explores RS Thomas's life and work, through the prism of birdwatching, in a programme marking the centenary of the poet's birth 2013, when it was first broadcast.

RS Thomas was a man full of contradictions, but one constant was his passion for birdwatching. Towards the end of his life, he said that 'the deity has chosen to reveal himself to me via the world of nature'. He also declared that he preferred to be alone with nature than be with human beings. Bird imagery in particular provided him with a means of symbolising renewal, nourishment and femininity in his poetry, but also of exploring his faith in God. Increasingly towards the end of his life, his bird poems explored the space between faith and doubt. In 'Sea-watching,' he directly associates bird-watching with prayer: 'Ah, but a rare bird is/ rare. It is when one is not looking/ at times one is not there/ that it comes'.

In an attempt to recreate the happiest period of his life - his childhood, growing up on the Irish Sea in Holyhead - as an Anglican priest RS moved from the English border ever westward within North Wales in search of native Welsh speakers and the sea. Jon Gower argues that he was also changing parishes for ones where the bird watching was better. Jon first met RS when he was sixteen and was volunteering as a warden on Bardsey Island, and had no idea who the poet was. They exchanged letters and met regularly thereafter, their final meeting being a recording for a radio programme, where, approaching the end of RS's life, they went birdwatching on the Anglesey headland of South Stack and at the tern colonies of Cemlyn. Contrary to the public image of RS, Jon remembers him as a very funny man, and though they sometimes talked of Yeats and the Mabinogion, recalls much more conversation about goshawks and ring-billed gulls.

This Sunday Feature weaves together some of the recordings Jon made with RS, with contributions from those who knew the poet and take inspiration from his work. Rowan Williams describes his fascination with RS's poetry, which he sees as pared to the bone, and looks at how he explored the absence of God in his poems. He also addresses the question of how a man who expressed doubt about the existence of the afterlife and who, according to local legend, burned his cassock on the beach at his retirement, dealt with his role as a vicar in a small parish. Menna Elfyn and Gwyneth Lewis talks about the influence RS had on their own work, and Gwyneth reveals that after his death she was given his 'life list' of rare birds, tucked inside a book. His biographer Byron Rogers recalls a man of many paradoxes, who, contrary to his image as the 'Ogre of Wales', could show great kindness and humanity. And Andrew Motion explores his bird poems 'A Blackbird Singing' and 'The Message', in which birds express divine benevolence: 'a message from God/ delivered by a bird/ at my window, offering friendship'.

The Ideas that Shaped the Baroque

50 Years of the Traverse Theatre