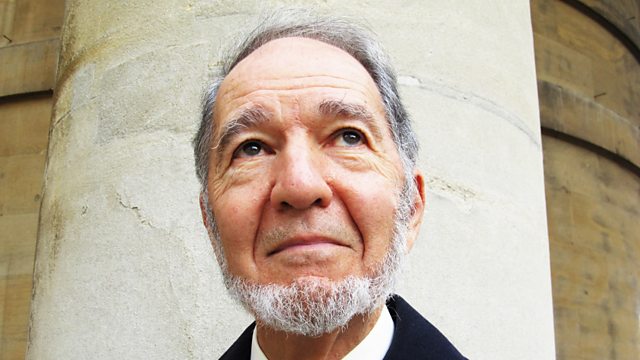 Michael Berkeley welcomes Jared Diamond, the American scientist and author known for his popular science books The Third Chimpanzee, Guns, Germs, and Steel: The Fates of Human Societies (which won him a Pulitzer Prize), Collapse: How Societies Choose to Fail or Succeed, and The World Until Yesterday: What Can We Learn from Traditional Societies? As an anthropologist, his work has involved over 20 expeditions to New Guinea and surrounding islands to study ecology and conservation. He is currently Professor of Geography at the University of California, Los Angeles. Some of his work, particularly concerned with the evolution of societies, has involved him in controversy.

Jared Diamond's mother was a pianist, and he is a passionate music lover. In an appropriate prelude to Radio 3's Baroque season, his choices for Private Passions include several pieces by Bach, starting with the chorale prelude Jesu meine Freude, which he first heard at Clare College Chapel in Cambridge and which motivated him to learn the organ. He has since played his third choice, Bach's St Anne Fugue, while another Bach piece, a chorus from Cantata No.50, was chosen by him and his wife for their wedding processional. He also plays the piano, and has chosen part of Beethoven's Violin Sonata in G, Op.96, which he is currently playing. His other choices include Schubert's Erlkonig, sung by Dietrich Fischer-Dieskau; part of Brahms's Sextet in B flat, Op.18, the opening chorus of C.P.E.Bach's Magnificat, which was also played at his wedding, and one of Strauss's Four Last Songs, sung by Gundula Janowitz.