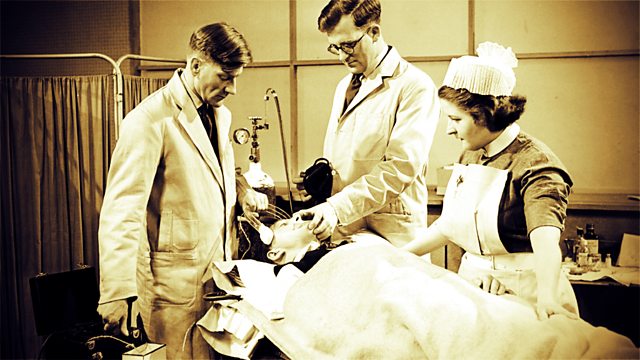 4 Extra Debut. Ken Arnold explores how museums in Belgium, Denmark, and the Netherlands tell the story of mental illness. From 2013.

Ken Arnold explores how three European countries variously tell the history of mental illness. What do museums of madness tell us about who we were and who we are?

Ken Arnold, Head of Public Programmes at the Wellcome Trust, visits three of Europe's old 'mad houses' that are now museums in Aarhus in Denmark, Haarlem in the Netherlands and Ghent in Belgium. Two of these institutions still function as psychiatric hospitals.

Each has unusual, beautiful and terrifying objects on show ranging from straight-jackets to lobotomy tools, and also collections of 'outsider art', but each is also strikingly successful at evoking for their visitors different (and sometimes wildly different) views of madness - strange, worrisome, extreme mental states.

Ranging from a pitch-dark solitary confinement cell to the brightly coloured papier-mache dolls made by long term inmates, from the era of shackles to the era of the talking cure, the history of Europe's reaction to the madness in its midst as shown by these museums is long and still shifting. Britain doesn't yet have a national museum of mental illness or psychiatry. Bedlam Hospital in London will take on this role in years to come.

What might we learn from the mad houses of Europe?