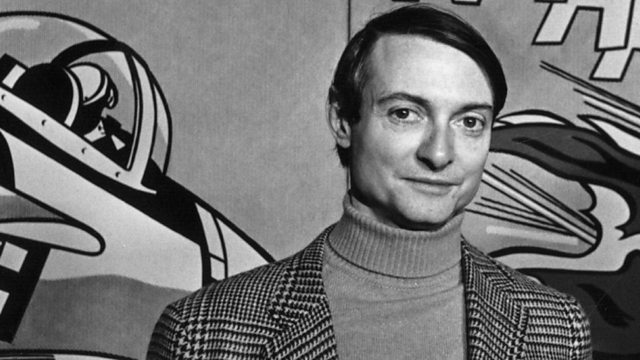 Alastair Sooke takes a tour of the Roy Lichtenstein Retrospective at Tate Modern and leads a discussion about one of the 20th century's most celebrated and recognisable artists.

Alastair Sooke takes us on an exclusive personal tour of the Roy Lichtenstein Retrospective at Tate Modern.

Together with fans, critics, artists and those who knew Lichtenstein, Alastair leads an entertaining and provocative discussion about the work and legacy of one of the most celebrated and instantly recognisable artists of the 20th century.
Renowned for his works based on comic strips and advertising imagery, Lichtenstein's chisel-jawed action men and love-lorn women made him the hero of the Pop Art movement.

When the pictures first appeared in the 1960s they caused a sensation - but also outrage and controversy, with many questioning whether his re-workings of other people's images could really be called art. As the exhibition reveals, however, there was more to Lichtenstein than simply the famous comic book images and also on display are many of his less familiar works - nudes, landscapes, sculpture and his own take on the work of modern art masters such as Picasso and Matisse.

Offering an in-depth look at one of the year's most talked about exhibitions, Alastair and guests explore the enduring appeal of Lichtenstein's imagery, debate the controversies around his work and his influence on today's generation of artists and tackle the big question - was Lichtenstein a Pop Art genius and one of the defining image-makers of the 20th century, or a one-trick wonder whose big idea was so powerful he could never let it go?