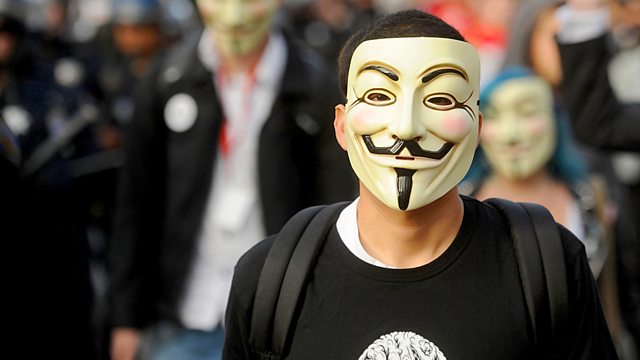 How Hackers Changed the World: We Are Legion

Storyville: Documentary going inside the complex network and history of Anonymous, the radical online 'hacktivist' collective, using interviews with members, writers and academics.

Storyville: Documentary that goes inside the complex network and history of Anonymous, the radical online 'hacktivist' collective. Through interviews with current members - some recently returned from prison, others still awaiting trial - as well as writers, academics and major players in various 'raids', the film traces the collective's breathtaking evolution from merry pranksters to a full-blown global movement, one armed with new weapons of civil disobedience for an online world.

In recent years, Anonymous has been associated with attacks or 'raids' on hundreds of targets. Angered by issues as diverse as copyright abuse and police brutality, they have also taken on targets such as the Church of Scientology.

I Will Be Murdered