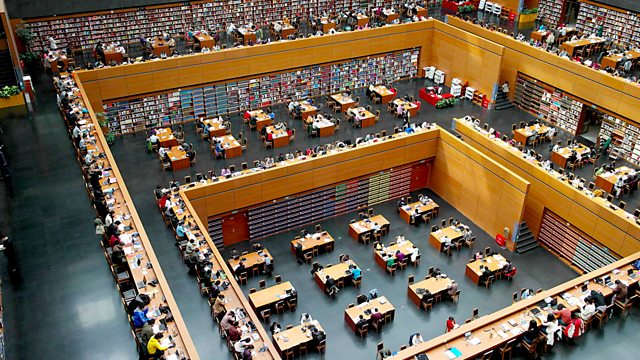 Google and the World Brain

Storyville: Documentary about a campaign by authors to put a stop to the Google Books website after Google scanned millions of books, over half of which were still in copyright.

Storyville: Documentary which tells the story of the most ambitious project ever conceived on the internet and the people who tried to stop it. In 1937 HG Wells predicted the creation of the 'world brain', a giant global library that contained all human knowledge which would lead to a new form of higher intelligence. 70 years later the realisation of that dream was under way, as Google scanned millions of books for its Google Books website. However, over half those books were still in copyright and authors across the world launched a campaign to stop them, climaxing in a New York courtroom in 2011.

This is a film about the dreams, dilemmas and dangers of the internet, set in spectacular locations in China, USA, Europe and Latin America.

Expedition to the End of the World