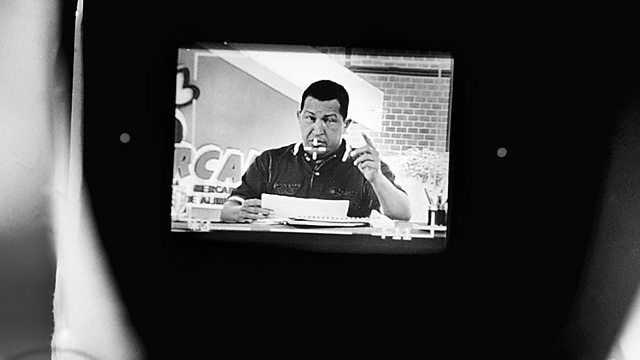 David Blunkett on compassion in politics, a new exhibition of altarpieces by Federico Barocci, and Rory Carroll on Hugo Chávez's Venezuela.

Since recent revelations surfaced about neglect and abuse at Stafford Hospital, nurses have been accused of lacking compassion. Night Waves explores whether re-focusing arguments on compassion inhibits a rational discourse of political issues.
The MP David Blunkett, Nick Pearce Director of the Institute for Public Policy Research, and Lecturer in International Relations and Radio 3 New Generation Thinker Adriana Sinclair, discuss the conflicts and contradictions that arise when compassion is used to inform political debate.

As well as ruling Venezuela, Hugo Chávez directed, produced and starred in a weekly TV programme, 'Hello President' - which he used as a platform for his political agenda. Does this make him a new kind of politician, or is he just the latest in a long tradition of South American dictators? Rory Carroll was director of The Guardian's South America bureau in Caracus, he joins Philip to discuss his new book 'Comandante: Inside Hugo Chávez's Venezuela'.

Barocci: Brilliance and Grace is on at The National Gallery in London until 19th May.

Comandante: Inside Hugo Chávez's Venezuela, by Rory Carroll, is published on 7th March by Canongate.

Good Italy, Bad Italy: Girlfriend in a Coma, written and directed by Annalisa Piras, is broadcast at 10pm on Tuesday 26th February on BBC 4.