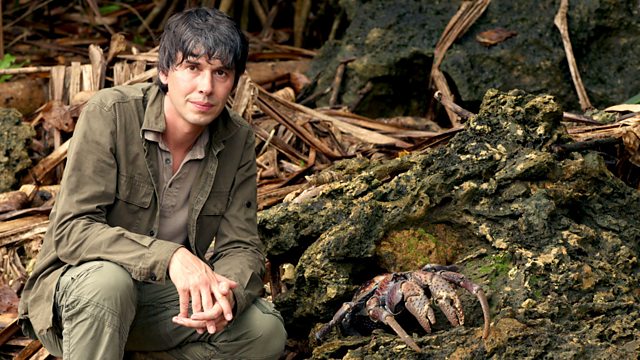 Professor Brian Cox asks how, from a lifeless cosmos ruled by the laws of physics and chemistry, it is possible that a planet can produce so much wonderful, varied biology.

The universe is almost entirely devoid of life. Earth, the planet we call home, seems to defy the laws of physics. It is teeming with life in all colours, shapes and sizes. No-one knows for sure how many different species are alive right now, our best guess is close to 8.7 million. In this film, Professor Brian Cox asks how, from a lifeless cosmos ruled by the laws of physics and chemistry, it is possible that a planet can produce so much wonderful, varied biology.

It's an epic journey through time that begins with Brian undertaking a species count in the cloud forests of Madagascar. Here, creatures exist that are unique to this isolated Indian Ocean island.

He searches for clues to how species have become so diverse by considering the chemistry of a lion, tracing their molecular connection to the heavens with a visit to the Southern African Large Telescope. Witnessing the ancient formation of stars Brian follows carbon, life's most precious ingredient, as it is captured by the living world. From plants to insects, through grazing herds, all the way up to Africa's big cats, Brian follows carbon as it passes through the food chain.

This leads him to the one carbon rich molecule that controls it all: DNA, the blue print for all living things. On the ancient Karoo plains Brian discovers how once DNA arrived it was inevitably changed. He shows that the universe itself plays an important part in shaping this molecule.

Finally he returns to Madagascar to search for its most famous inhabitants: lemurs. There are over 90 different species across the country, but perhaps one of the most bizarre is known locally as the aye-aye. Being nocturnal and living in some of the densest, most mountainous terrain makes them incredibly difficult to find. Yet Brian is determined to find one because they hold one of the best demonstrations of how DNA is shaped by the environment. For Brian the aye-aye holds the key to understanding why we find ourselves on such a rich, varied and complex living world.

See all episodes from Wonders of Life

See all clips from Endless Forms Most Beautiful (3)