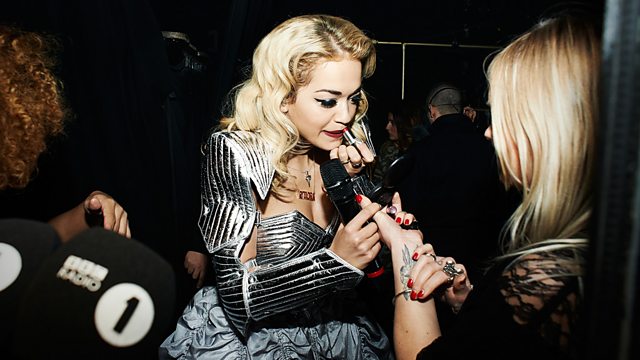 Another chance to hear Twin B behind the scenes with Rita Ora as she prepares for the opening night of her 2013 homecoming gigs at London's Shepherds Bush Empire.

As part of BBC Radio 1 & 1Xtra's Access All Areas month, Twin B gets unique access to Rita Ora, spending the day with the pop superstar as she prepares for the opening night of her homecoming gigs at the Shepherd's Bush Empire in London.

This really is Access All Areas, as Twin travels with Rita en route to the venue, hangs out in her dressing room and speaks to her friends, family and management team. Twin is also there as Rita takes to the stage - and is the first person she speaks to when the curtain falls!