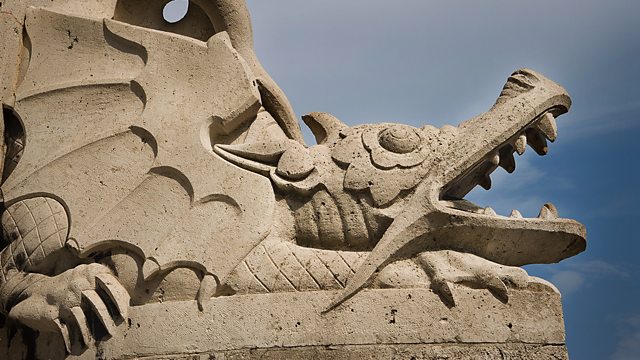 The immortal wanderer William Palmer has to fight the malevolent Mr Speed for a stolen midsummer bride. Starring Paul Hilton.

In an attempt to settle an age-old dispute, Pilgrim must confront the ruthless Mr Speed. But he has a secret weapon.

Pilgrim, cursed with immortality by the King of the Greyfolk, is forever forced to walk between the human world and the world of Faerie in a never-ending quest to preserve the uneasy balance between the two. Armed with the Abaeron, a book of incredibly powerful magic that protects its owner above all else, he can finally challenge Mr Speed - who has stolen generations of brides from one family, separate devoted parents from their very strange new changeling baby, put a giant to sleep, and locate Merlin, the figure most feared in all the Faerie world. Hard tasks at the best of times, but Pilgrim must also contend with the relentless malice of the sorceress Mrs Pleasance and the devious cunning of the King of the Greyfolk himself.

See all clips from Mullerby Fair (2)