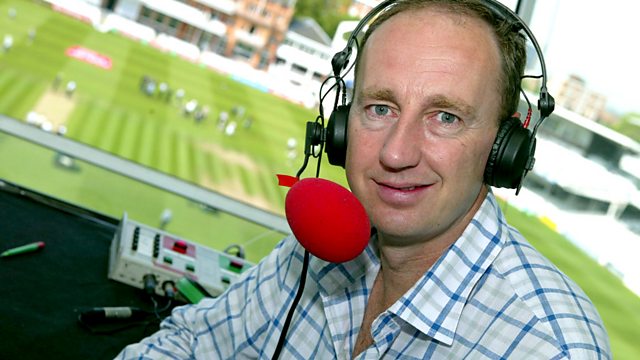 Known simply as "Aggers" to the army of fans devoted to Test Match Special, his charm, knowledge and ready wit have gained him a place in the heart of anyone who loves the game.

His own infatuation began as a young boy at boarding school and along with his talent and determination it took him all the way to the top of the sport. He played for Leicestershire and England. His transition from the crease to the commentary box was cemented by one of the most memorable moments in broadcasting history - the notorious "legover" comment that prompted the legendary Brian Johnston to dissolve into helpless, prolonged giggles live on air.

He says "The great thing about our job is that you have no pre-conceived idea about what is going to happen - you have no script - the cricket is the script".

See all clips from Jonathan Agnew (4)