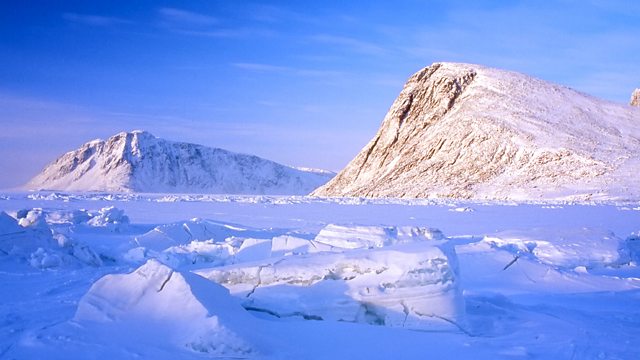 Melvyn Bragg and guests discuss ice ages, periods when the temperature of the Earth has dropped to low levels.

Jane Francis, Richard Corfield and Carrie Lear join Melvyn Bragg to discuss ice ages, periods when a reduction in the surface temperature of the Earth has resulted in ice sheets at the Poles. Although the term 'ice age' is commonly associated with prehistoric eras when much of northern Europe was covered in ice, we are in fact currently in an ice age which began up to 40 million years ago. Geological evidence indicates that there have been several in the Earth's history, although their precise cause is not known. Ice ages have had profound effects on the geography and biology of our planet.

Jane Francis
Professor of Paleoclimatology at the University of Leeds

Professor Jane Francis at the University of Leeds

Descent into the Icehouse

Doug Macdougall, Frozen Earth: The Once and Future Story of Ice Ages (University of California Press, 2006)