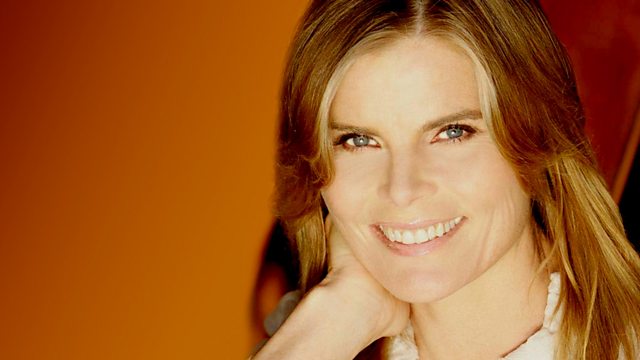 Clive Anderson is joined by Mariel Hemingway, David Baddiel and Mike McShane for an eclectic mix of conversation and comedy. With music from Foals and Lord Huron.

Clive tames Three Lions with comedian and presenter David Baddiel, who returns to stand-up comedy for the first time in fifteen years. As much a thought-piece as a comedy show, David's trying out material that will become a complete deconstruction of his own fame, and our culture's obsession with celebrities. David Baddiel is at London's Soho Theatre from Monday 11th to Saturday 16th February.

Clive talks to actress Mariel Hemingway, nominated for an Academy Award for her role as Tracy in the Woody Allen film 'Manhattan'. Mariel's attending the World Premiere of the play based on her grandfather, Ernest Hemingway's novel 'The Sun Also Rises' about a man's obsession with bullfighting. 'FIESTA (The Sun Also Rises)' is at London's Trafalgar Studio 2 until Saturday 2nd March.

Clive asks 'Who's Line Is It Anyway?' with actor, singer and improvisational comedian Mike McShane, who's looking sharp as Louis B Mayer in new musical 'The Tailor-Made Man'. It tells the tale of William Haines, the openly gay silent film actor who defied studio pressure to marry and put an end to rumours about his love life. It's at The Arts Theatre, London from 14th to 21st February.

And a welcome return to Foals, who gallop into the studio to perform 'My Number' from their new album 'Holy Fire'. Music also from American Indie-Folk band Lord Huron, who perform the title track from their debut album 'Lonesome Dreams'.

‘Running From Crazy’ is released at UK cinemas in April.

‘The Tailor-Made Man’ is at The Arts Theatre, London from Thursday 14th  February to Thursday 21st February.

Foals are on a UK tour starting at Manchester Academy on Saturday 2nd, O2 Academy Liverpool on Monday 4th and 02 ABC Glasgow on Tuesday 5th March. Check their website for further dates.

‘Lonesome Dreams’ is available now on Play It Again Sam.