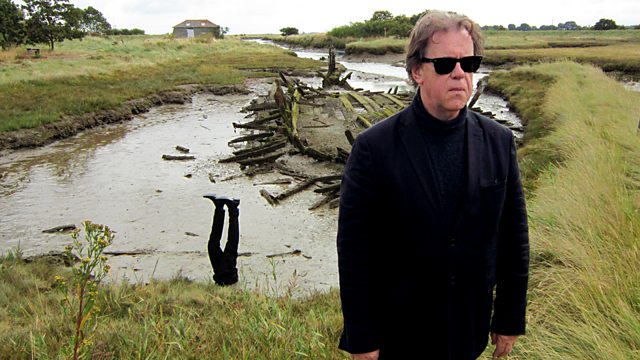 Jonathan Meades: The Joy of Essex

Jonathan Meades provides a tour of Essex, a county he sees as the home of picturesque villages, pre-war modernism and 19th-century social experiments.

Jonathan Meades is unleashed on the county of Essex. Contrary to its caricature as a bling-filled land of breast-enhanced footballer's wives and self-made millionaires, Meades argues that this is a county that defies definition - at once the home of picturesque villages, pre-war modernism and 19th-century social experiments.

Shaped by its closeness to London, Meades points out that this is where 19th-century do-gooders attempted to reform London's outcasts with manual labour and fresh air, from brewing magnate Frederick Charrington's Temperance Colony on Osea Island to the Christian socialist programmes run by Salvation Army founder William Booth.

Meades also discovers a land which abounds in all strains of architecture, from the modernist village created by paternalistic shoe giant Thomas Bata to Oliver Hill's masterplan to re-imagine Frinton-on-Sea and the bizarre but prescient work of Arthur Mackmurdo, whose exceptionally odd buildings were conceived in the full-blown language of the 1930s some fifty years earlier.

In a visually impressive and typically idiosyncratic programme, Meades provides a historical and architectural tour of a county that challenges everything you thought you knew and offers so much you didn't.