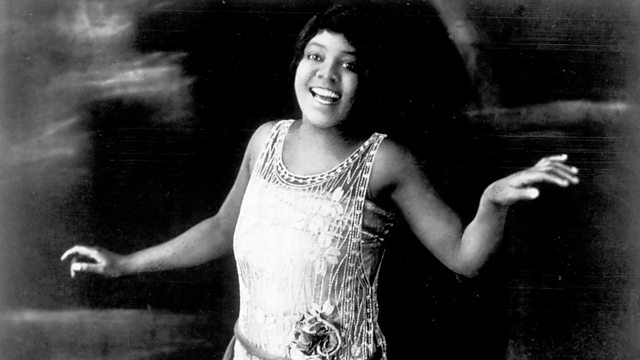 A female perspective on the world. Topics include early jazz queens, three generations of British Chinese women, and being brought up by parents with learning difficulties.

As Stephen Poliakoff's new TV drama Dancing on the Edge hits our screens, Jenni Murray takes a look at the early jazz queens. Three generations of Chinese women compare life here and in China. Alex Huntesmith talks about being brought up by parents with learning disabilities. He's joined by his mum, Jill.

Tegan and Sara; How to Create the Perfect Wife

Dancing on the Edge’, Stephen Poliakoff’s lavish  new drama about an American jazz band which takes 1930's London by storm, started on  BBC2 this week. The band’s singer Jessie is loosely based on a real life woman called Florence Mills who became one of the first black Americans  to become an international star. Jazz singer Clare Teal and writer Bonnie Greer talk to Jenni about the early jazz queens who wowed London with a new brand of music in the twenties and thirties.

Parents with learning disabilities who have children

17 year old Alex Huntesmith is an A level student with an exceptionally high IQ and an   ambition to get into Oxford University. He’s grown up with his parents and siblings  in a settled home but his family is unusual: his mum and his dad both   have learning difficulties. Alex and his mum, Jill, recently took part  in a Woman’s Hour drama, ‘The Pursuit of Darleen Fyles’ starting next week. In it lead character Darleen, who  has learning disabilities, faces  resistance when she says she wants to have  her own baby. Jill and Alex talk to Jenni about the drama  and how their family works in real life.

Chinese women in Britain and China

On Sunday, a sixth of the world’s population will be celebrating Chinese New Year. It’s going to be the Year of the Snake which bodes well for the booming Chinese economy because, in Chinese culture, the snake is associated with business acumen and financial security. One third of China’s millionaires are women and the country also boasts seven out of the world's top 10 wealthiest self-made female billionaires. In Britain, the most successful students at GCSE are Chinese girls and Chinese women in the UK are twice as likely to be in professional jobs as their white British counterparts. So, why are Chinese women here and in China doing so well? Jenni is joined by three different generations of Chinese women. Helen Tse is from Manchester where she now runs an award winning Chinese restaurant and makes sauces that will shortly be on sale in China. Academic and architect Dr Yun Gao was born in China under Mao but has lived in the UK for the last twenty years and 26 year old Xixi Zheng grew up in China, has an MA from the University of London and is a multi-media journalist.

Monopoly; the iron runs out of steam..

This week the makers of Monopoly have announced that the iron has run out of steam. In a month long Facebook vote, the iron proved to be the least popular counter and a small metal cat will now join the dog, car, hat, thimble, shoe, battleship and wheelbarrow. The story goes that an unemployed heating salesman sketched the first Monopoly board on an oilcloth coving his kitchen table and used the charms on his wife’s charm bracelet as the counters. Eight decades ago, the iron was part of the very first Monopoly set [unlike the battleship and the wheelbarrow] but today it has obviously fallen out of favour. Is this because ironing itself has become an unpopular occupation? When Woman’s Hour moved from its early afternoon slot to the morning, Brian Redhead was heard to say: “There won’t be a decently ironed shirt in Britain!” But do we really have a time for ironing nowadays and was it ever a ‘pleasurable experience’? To discuss our relationship with the iron, Jenni is joined by Dr Tony Stead of the British Iron Collector’s Club and by Nora Carlin who - as a household management consultant – is an expert at ironing.

The Church of England has announced today that eight senior women clergy – deans and archdeacons, are to be allowed to sit in on meetings of the House of Bishops. They’re not allowed to be Bishops or to vote at the meetings they attend, so how significant a move is it? Jenni is joined by Robert Piggott; the BBC’s religious affairs correspondent.