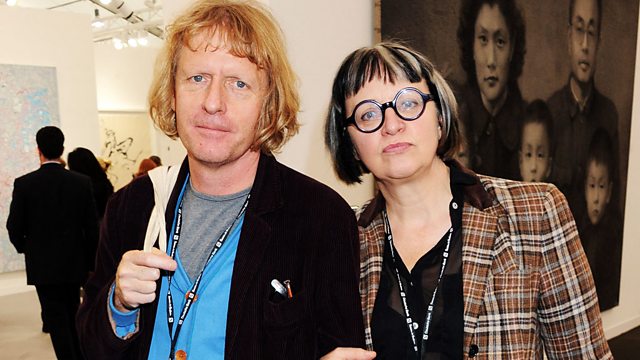 We explore the wardrobes of Grayson and Philippa Perry and eavesdrop on the Woman's Hour Power List judging meetings. Eastenders actress Laila Morse. What to do if you fear abuse from your ex-partner after a divorce. Presented by Jenni Murray.

Tegan and Sara; How to Create the Perfect Wife

See all clips from Grayson and Philippa Perry's wardrobe (2)

Woman’s Hour has been searching for the 100 most powerful women in Britain today. Over the past couple of months Eve Pollard and her team of judges – Priti Patel MP, Val McDermid, Dawn O’Porter, Baroness Oona King and former Woman’s Hour editor, Jill Burridge have been making their decisions about who should make it on to the first Womans’s Hour Power List. Today and tomorrow we will bring you a small selection of their deliberations as they debated the relative influence of some of the women you nominated.

Laila Morse has played wheeler and dealer Mo Harris in Eastenders for the past 12 years.  She might not have graced our TV screens if it wasn’t for her brother, the actor Gary Oldman who pushed her in to acting at the age of fifty. He cast her in his award winning film ‘Nil by Mouth’, a story about a family in South London burdened by violence and addiction – experiences which feature in Laila’s autobiography ‘Just a Mo’: My Story’.  Laila joins Jenni to talk about her life.

Today is the tenth International Day of Zero Tolerance to Female Genital Mutilation. Jenni is joined by Crime Prevention Minister, Jeremy Browne MP, and Naana Otoo-Oyortey, the Executive Director of FORWARD, the Foundation for Women's Health Research and Development, who campaign to advance sexual and reproductive health and rights as central to the wellbeing of African women and girls. They discuss the main concerns around the continued practise of FGM in certain communities here in the UK and how to develop concrete ways of stopping it.

In the latest in our series on couples’ style, we delve into the wardrobes of the artist Grayson Perry and his wife Phillippa, a psychotherapist and writer.

Yesterday the Children and Families Bill was published, which unveiled plans to give both parents a legal right to spend time with their child, where it is safe and in the child’s best interests.  But what happens if a partner is abusive?  How do you go about proving this, and how does it affect the decisions made by the courts on contact arrangements with children?   To discuss the issues, Jenni is joined by Emma Scott, Director of Rights of Women and by June Venters QC.