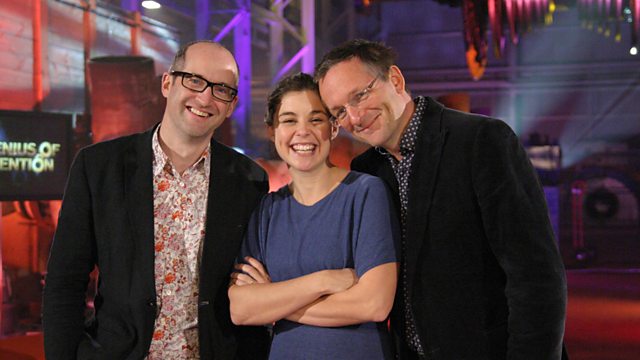 The Genius of Invention Original Series
Episode 1 of 4

Exploring the fascinating stories behind the technologies and innovations which have transformed the world since their invention.

Every time we switch on a light or boil a kettle we rely on power to do it. Episode one of The Genius of Invention reveals the fascinating chain of events that made such every-day miracles possible. It tells the story of the handful of extraordinary British inventors and inventions who helped build the modern world by understanding, harnessing, and using power. Coming from Drax, the UK's largest power station, Michael Mosley and academics, Prof Mark Miodownik and Dr Cassie Newland tell the amazing story of three of the greatest and most transformative inventions of all time; the steam engine, the electrical generator and the steam turbine.

Our experts explain how these inventions came about by sparks of inventive genius and steady incremental improvements hammered out in British workshops. They separate myth from reality in the lives of the great inventors and celebrate some of the most remarkable stories in British history. The rest of the series examines the inventions that led to the transport and the communication revolutions.

See all episodes from The Genius of Invention