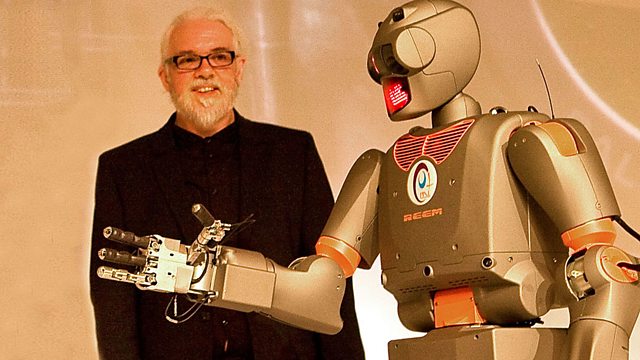 Robots probably won't take over the world, but they probably will be given ever greater responsibility. Already, robots care for the elderly in Japan, and drones have dropped bombs on Afghanistan. Professor Noel Sharkey fell in love with artificial intelligence in the 1980s, celebrated when he programmed his first robot to move in a straight line down the corridor and , for many years, judged robot wars on TV. Now, he thinks AI is a dangerous dream. Jim al-Khalili hears how Noel left school at 15 to become an electrician's apprentice and amateur rock musician before graduating as a Doctor of Psychology and world authority on robots, studying both their strengths and their limitations.