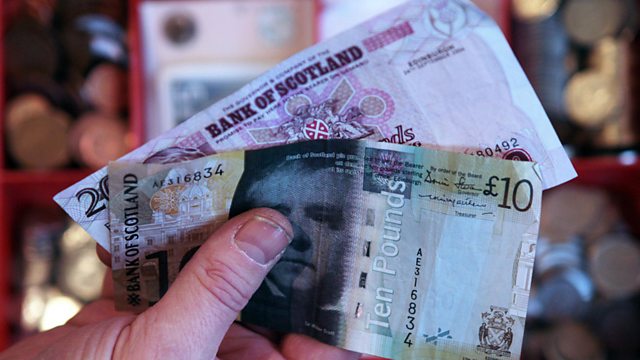 The cash question facing an independent Scotland. Chris Bowlby discovers the key role of currency in debate about the UK's political future.

The cash question facing an independent Scotland. Chris Bowlby discovers the key role of currency in debate ahead of the Scottish referendum next year. With the SNP proposing to keep using sterling if Scotland becomes independent, what will this mean in the world of eurozone crises and financial panics? We discover the mysterious story of Scottish money - how its banknotes are guaranteed by so called giants and titans at the Bank of England. And we ask whether sterling can continue to work smoothly and keep popular confidence if the UK splits. What's the thinking behind the scenes as politicians and officials worry about a British version of the eurozone drama? With Scotland preparing to vote next year, and London wondering what could happen, Analysis reveals the key role of currency in the UK's political future.

The Rise of Executive Power