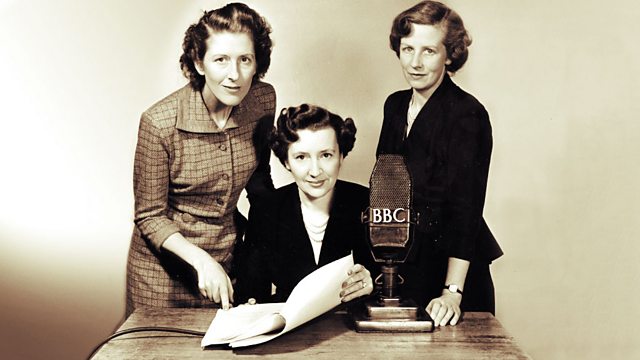 Women have often found the path to radio recognition a hard road to follow. Anne Karpf investigates. From February 2013.

In the earliest days of radio, women commented on 'household matters', talked about their garden or their travels - writers Vita Sackville-West and Rebecca West were regulars - and became Children's Hour 'Aunts'; but certainly never read the news. On the other hand, the young BBC employed a number of brilliant young women behind the microphone who shaped the earliest days of programme-making.

But when they finally broke into the male bastion of mainstream broadcasting, largely as a result of the second world war, women's particular affinity with the microphone was quickly recognised, notably on the World Service where the female voice was soon found to be more effective at reaching listeners at the other end of the Empire than that of their male counterparts.

In this programme, Anne Karpf explores, with the help of the sound archive, the way women's voices have shaped the sound of British radio, from Auntie Kathleen of Children's Hour and those formal talks of the early BBC, via the forces' sweethearts like Jean Metcalfe and Marjorie Anderson, to today's topliners like Martha Kearney and Bridget Kendall.