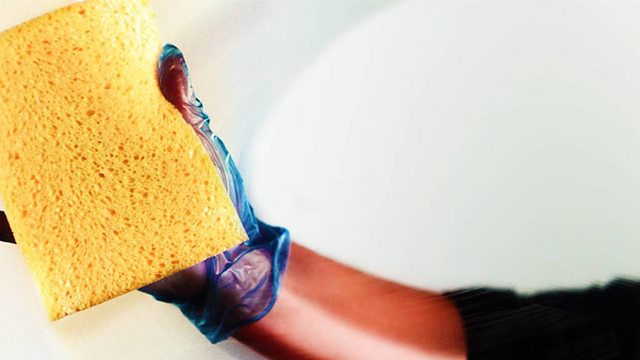 Britain is said to be in the biggest wave of outsourcing since the 1980s. Chris Mullin explores what working life is like for some outsourced workers.

Chris Mullin looks at the impact of outsourcing on the workforce.

For many years government and local authorities have been putting services out to tender, and now, with the drive to cut costs in the public sector, Britain is said to be in the biggest wave of outsourcing since the 1980s.

The outsourced sector is estimated to employ around one tenth of the workforce. Some outsourced jobs are in relatively low wage, low skilled areas. Critics say it leads to a two-tier workforce and a race to the bottom, with damaging effects on pay and conditions. Those putting services out to tender and the outsourcing companies cite greater efficiencies and substantial savings for the taxpayer. Whatever the wider pros and cons, many workers now find themselves in outsourced companies.

In this programme Chris Mullin talks to cleaners, care workers, parking wardens, refuse workers about working in the outsourced sector and finds out what outsourcing has meant for them. He also speaks to outsourcing companies, unions and politicians.

(This programme was first broadcast in January 2013)