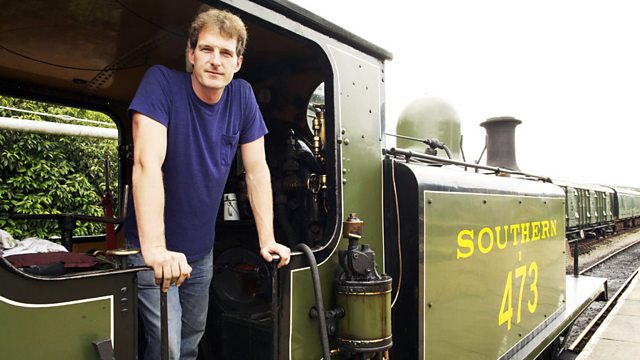 Dan Snow looks at how, from their beginnings as track-ways for coal carts in the early 18th century, railways developed into the pivotal technology for modern Britain.

From their beginnings as a primitive system of track-ways for coal carts in the early 18th century, railways quickly developed into the driving force behind the industrial revolution and the pivotal technology for modern Britain, and a connected world.

Rapid industrial growth during the early 19th century, coupled with the prospect of vast profits, drove inventors and entrepreneurs to develop steam locomotives, metal tracks and an array of daring tunnels, cuttings and bridges that created a nationwide system of railways in just 30 years.

George Stephenson's Liverpool and Manchester Railway became the model for future inter-city travel for the next century and his fast, reliable locomotive, the Rocket, began a quest for speed that has defined our modern world.

See all episodes from Locomotion: Dan Snow's History of Railways