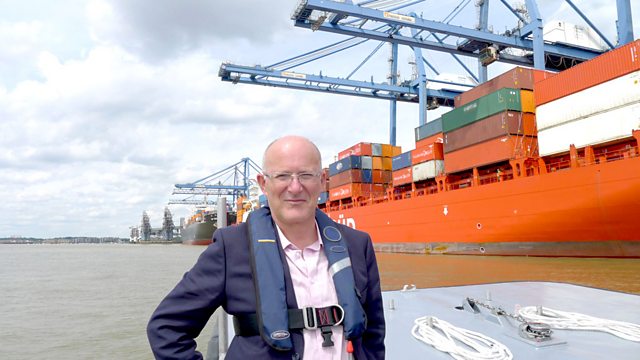 Why the Industrial Revolution Happened Here

Professor Jeremy Black examines one of the most extraordinary periods in British history: the Industrial Revolution. He explains the unique economic, social and political conditions that by the 19th century, led to Britain becoming the richest, most powerful nation on Earth. It was a time that transformed the way people think, work and play forever.

He traces the unprecedented explosion of new ideas and technological inventions that transformed Britain's agricultural society into an increasingly industrial and urbanised one. The documentary explores two fascinating questions - why did the industrial revolution happen when it did, and why did it happen in Britain?

Professor Black discusses the reasons behind this transformation - from Britain's coal reserves, which gave it a seemingly inexhaustible source of power, to the ascendency of political liberalism, with engineers and industrialists able to meet and share ideas and inventions. He explains the influence that geniuses like Josiah Wedgewood had on the consumer revolution and travels to Antigua to examine the impact Britain's empire had on this extraordinary period of growth.

See all clips from Why the Industrial Revolution Happened Here (2)