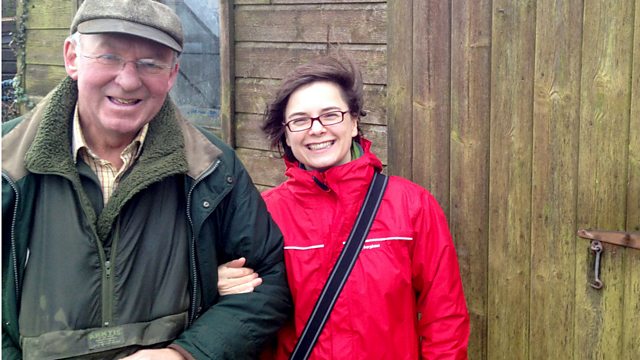 Cley Marshes was purchased in 1926, making it the first Wildlife Trust reserve in the country. Felicity Evans reveals that it is not just migrating birds that come to settle there.

Cley Marshes was purchased in 1926 making it the first Wildlife Trust reserve in the country. It's a fascinating place with inspiring international connections including a special link with the Middle East.
In December and January overwintering birds fill the air and the reed beds of Cley but it's not just our winged friends that migrate here. A group of artists drawn from Germany, the US and all around the UK settled in Cley 30 years ago. Inspired by the light and the landscapes the collective known as 'Made in Cley' are regularly drawn to the marshes to create their art, but Cley's power to inspire doesn't stop there.
In an act of global solidarity, Nature Iraq made a donation to Norfolk Wildlife Trust to support their work on England's North Norfolk coast. As renowned birder Richard Porter explains, they did this as a gesture of thanks for the help they have received from colleagues in the UK. The links with the Middle East are also close to the heart of Richard Aspinall as his brother, Simon Aspinall was a leading authority on the region's birds. Despite travelling the world, Cley is the place that Simon made home. Simon was diagnosed with motor neurone disease which left him unable to move without significant help, but this did not stop both Simon and Richard visiting the marshes right up until the end of Simon's life.
The personal connections to Cley run as deep as the international ones. For three generations Bernard Bishop and his family have cared for the marshes. Bernard's great grandfather was the first warden, followed by his father and then Bernard himself. Between them they've seen visitors grow from the occasional walking party of 10 a day to over 100,000 a year all flocking to see the outstanding bird life that call Cley home.

Memories of the Black Isle