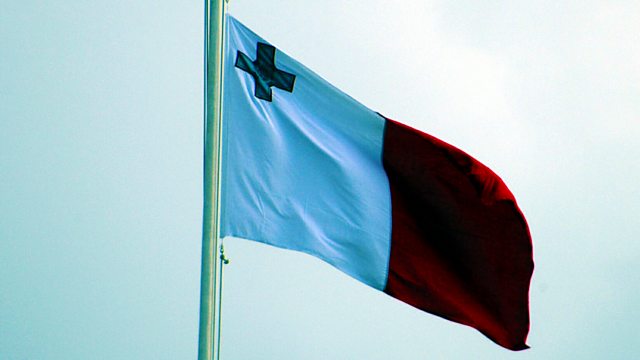 The Battle for Malta

Historian James Holland tells the story of the battle for the tiny Mediterranean island of Malta, one of the most vicious and violent episodes of the Second World War.

Historian James Holland presents a fresh analysis of the World War Two battle for the tiny Mediterranean island of Malta.

The Battle for Malta is one of the most vicious and violent episodes of the Second World War. The tiny Mediterranean island is smaller than the Isle of Wight, yet between 1940 and 1942 more bombs fell on Malta than fell on Britain during the entire Blitz. As Axis forces threw all they had at the island, those on Malta were forced to endure a sustained attack from the air and a rapidly deteriorating condition on the ground. Beyond any form of austerity that we might understand, little Malta was close to starving. The struggle of the Maltese people against oppression was recognised personally by King George VI, who awarded the George Cross to the entire island. Yet the Siege of Malta is only half of the story.

In this documentary, Holland argues that the real importance of Malta's position was its offensive role, which has been largely undervalued.

Caught in the crosshairs of a massive struggle between Britain and Germany to control the shipping waters of the Mediterranean, by 1942 Malta had become the most bombed place on Earth. Whilst the level of brutal attacks may seem out of all proportion to the islands size it actually only serves to underline its importance - for Malta held the key to the entire war in the Mediterranean and North Africa.