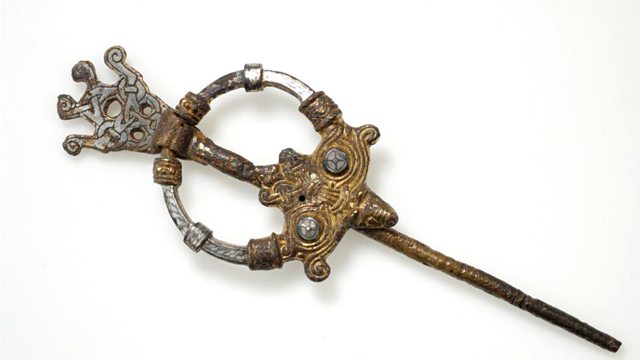 Dame Liz Forgan is the outgoing Chair of Arts Council England. Last night in her final speech in the role, she said that culture was a deep necessity for human beings, and appealed to politicians not to cut the arts budget. Dame Liz will be in the Front Row studio for a live interview.

Actor Brian Cox reveals what it was like working in his hometown of Dundee for the first time in the television adaptation of the Radio 4 comedy series Bob Servant. And the star of Manhunter explains why, whenever he meets Anthony Hopkins, they never discuss Hannibal Lecter, a role they both played to great acclaim on the big screen.

Vikings have a reputation as marauders and invaders. A new exhibition at the National Museum of Scotland in Edinburgh aims to show who they really were and how they lived a thousand years ago. Author Janice Galloway has been to the exhibition.

David Bowie's new single Where are We Now? caused a sensation when it was released online last Tuesday. The song was accompanied by a video by New York based video artist Tony Oursler, containing his signature image of faces projected onto stuffed dolls. He reflects on the experience of working with the elusive star and how Oursler's wife came to co-star in the video.

Vikings! A ring-headed pin brooch in bronze, gold and silver with a gripping beast motif in Borre style. The head of the pin forms the shape of a bearded demon. Copyright: National Historical Museum, Sweden