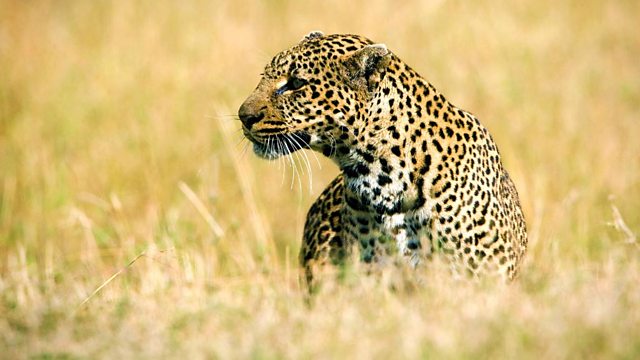 How the Leopard Got His Spots

Just So Science Series 1
Episode 2 of 5

Chemist Andrea Sella and biologist Buzz Baum explain why a leopard could change its spots, thanks to mathematician Alan Turing.

Vivienne Parry presents the science behind some of Rudyard Kipling's Just So Stories, with wondrous tales of how things really came to be.

In Rudyard Kipling's Just So Stories, we're told how the leopard got his spots, the camel his hump, the whale his throat and so forth. But what does science make of these lyrical tales? For the most part, just-so stories are to be dismissed as the antithesis of scientific reasoning. They're ad hoc fallacies, designed to explain-away a biological or behavioural trait, more akin to folklore than the laws of science. But on closer inspection, might Kipling's fantasies contain a grain of truth? And might the "truth" as science understands it, be even more fantastic than fiction?

In Just So Science, Vivienne Parry meets researchers whose work on some of Kipling's 'best beloved' creatures is helping us to answer a rather inconvenient question: how do traits evolve? Why are some animals the way they are?
Excerpts from five of the Just So Stories are read by Samuel West
2. How the Leopard Got His Spots. Chemist Andrea Sella and biologist Buzz Baum explain why a leopard could change its spots, thanks to mathematician Alan Turing.
Producer: Rami Tzabar.

How the Whale Got His Throat—Series 1

3. The Beginning of the Armadillos—Series 1

See all episodes from Just So Science