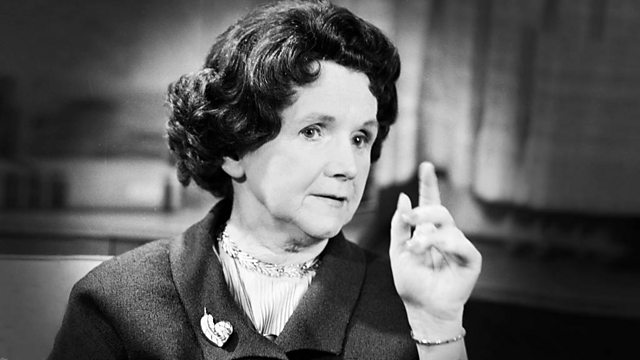 And No Birds Sing: Rachel Carson and Silent Spring

Franny Armstrong, creator of The Age of Stupid, looks at the explosive impact of Rachel Carson's 1962 book Silent Spring and its role in the growth of the environmental movement.

Franny Armstrong - the film maker behind the blockbuster The Age of Stupid - looks at the explosive impact of Rachel Carson's 1962 book Silent Spring and its role in the growth of the environmental movement.

'All Mankind is in her debt', said one Senator on Rachel Carson's death in 1964. At a time when 'attacks from the air' as Carson described them - the indiscriminate spraying of crops with pesticides - were a regular occurrence in the US, Carson's book 'Silent Spring' questioned the logic of releasing large amounts of chemicals into the environment without fully understanding their effects on ecology or human health. Carson presented evidence from state after state of entire bird populations being wiped out, the desecration of plant life, contamination of ground water and instances of the deaths of human beings. Beyond these specific concerns, she suggested that the spraying was a 'war on life' - and put this as a moral, as well as scientific, question. In an age where there was palpable excitement in the agricultural and chemical industries at the prospect of man controlling nature, Carson introduced the idea that man's war against nature is a war against himself.

Fifty years after the book's publication, Franny Armstrong, director of the film 'Age of Stupid' and founder of the 10:10 Climate Change campaign, looks at the far-reaching influence of Carson's book. She talks to Caroline Lucas, who has written the introduction to the 50th anniversary edition of the book, about the impact Silent Spring had when it was first published, the challenges she faced, and how she made her case so effectively. Contributors include nature writer Mark Cocker, who talks about Carson's lucid and beautifully composed depiction of a world which has faced apocalypse, science writer Colin Tudge on the method and message of the book, and Linda Lear, Carson's biographer, who reveals the price Carson paid to bear witness to what she had discovered. While researching the connection between pesticides and onset of cancer, she was diagnosed with breast cancer, and had to minimize her own health problems in order to complete her life's work.

'I could never again listen to a thrush's song if I had not done all I could' wrote Carson towards the end of her life. Already a bestselling nature writer, Carson deliberately employed the rhetoric of the cold war and a tone of moral crisis to persuade readers of the urgency of her message. The book is an assault on the wilful ignorance of major commercial interests, but despite warnings that she would be subjected to personal attack and threats of legal action, Carson continued her crusade, and ultimately wrought political change, under the Kennedy administration and beyond. In his Preface to the 1994 edition, Al Gore described Silent Spring as the most influential book of the last fifty years, which brought us back to a fundamental idea: the interconnection of human beings and the natural environment. If this is a fairly widely accepted concept today, in the early 1960s, Carson was labelled by business interests as 'emotional and hysterical', a 'crackpot' and 'subversive'. This programme looks at the events surrounding the production of 'Silent Spring', and its hostile reception in some quarters, to its legacy today.