BBC Four
The Riviera: A History in Pictures
Main content 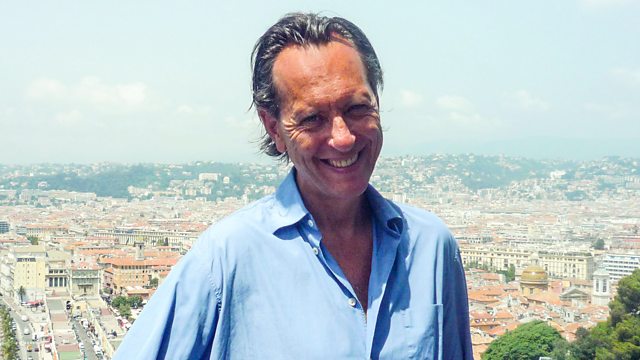 The Riviera: A History in Pictures
Episode 1 of 2

Richard E Grant follows in the footsteps of artists who have lived, loved and painted on France's Cote d'Azur, including Cezanne, Monet, Renoir and Matisse.

Two-part sun-filled series in which Richard E Grant follows in the footsteps of artists who have lived, loved and painted on France's glorious Cote d'Azur.

Revealing the intertwined relationship between modern art and the development of the French Riviera as an international tourist haven, Grant explores how impressionist painters Cezanne, Monet and Renoir first discovered the region in the 19th century when the newly built railway arrived there.

Captivated by the light and colour of this undiscovered landscape, the painters immortalised its shores on canvas and in doing so advertised the savage beauty of the region. For neo-impressionists Paul Signac and Henri-Edmond Cross, the region provided a vision of utopia, while for Henri Matisse the vivid colours of the area inspired him to adopt a new palette and in doing so set modern art en route to abstraction.

With visits to L'Estaque, St Tropez and Nice, Grant maps the progress of the region from cultural backwater to bohemian hotspot.

See all episodes from The Riviera: A History in Pictures