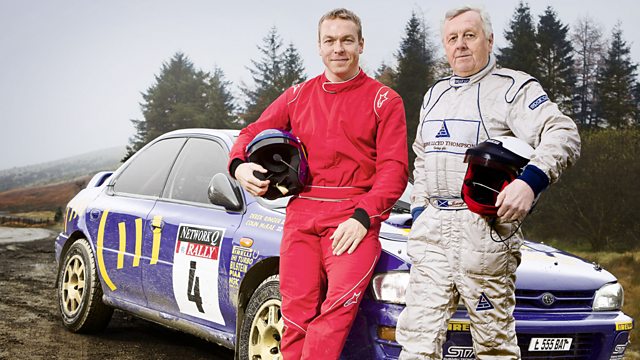 From exploring Colin's roots as a Scottish trials bikes champ to driving the route of the Dakar rally over the dunes of the Sahara desert, Sir Chris will re-live McRae's career and be trained to drive sideways by another big fan - American Rally Superstar Ken Block. Sir Hoy's final challenge will be to swap his push bike for a monster Subaru Impreza world rally car on a rough and ready stage of the RAC Rally, the home of Colin's famous 1995 victory.

See all episodes from Racing Legends