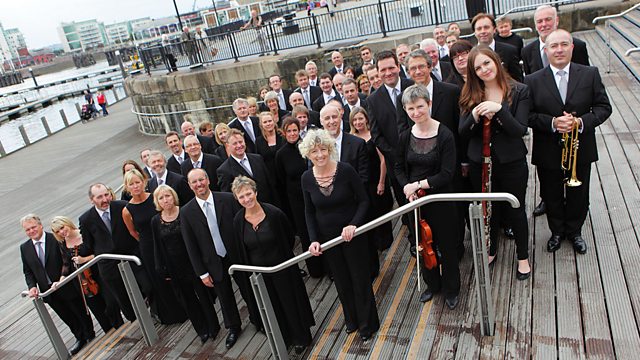 Music from the 1940s and 50s. Britten's Serenade for Tenor, Horn and Strings is the oldest work in today's programme. Written during the Second World War at the request of horn player Dennis Brain, it's steeped in the atmosphere of night and evokes both the calmness of sleep and the terror of the darkest hours.

As with so many other composers, Vaughan Williams's Ninth Symphony is his last. It was premiered in 1958, the same year he died, and although it confused audiences at the time, it has grown in reputation in the intervening years.

And today's programme starts with the third of Britten's Canticles - Still falls the rain, to a text by Edith Sitwell. Alongside tenor - and recent BBC New Generation Artist - Ben Johnson are pianist James Baillieu and horn player Martin Owen.

Episode 2—Best of British with the BBC Orchestras

Episode 4—Best of British with the BBC Orchestras