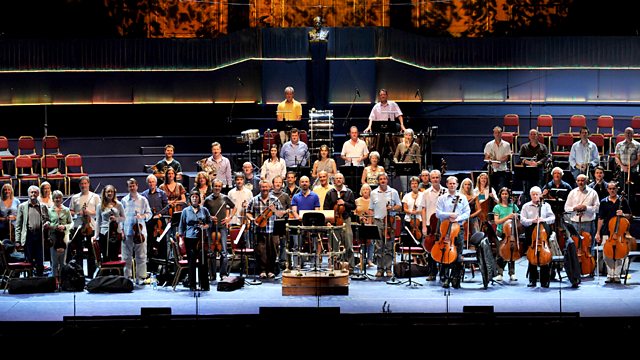 Louise Fryer continues this week's Best of British selection from the BBC's orchestras.

Elgar's Froissart overture was inspired by the French chronicler of the 100 years war - Jean Froissart, while Patrick Hadley fought in a more recent conflagration in northern France, the First World War. 'Kinder Scout', his first orchestral work, celebrates a landscape he loved: the Derbyshire Peaks, where his parents first met, and where he spent many holidays walking in the hills - despite having lost a leg during the War!

Gustav Holst, meanwhile, lived in Thaxted in Essex - where during the Great War he was allegedly denied planning permission to extend his house because of his odd, Germanic sounding surname. It was around the same time that he wrote his most enduring work, his Planets Suite, which had its first semi-public performance in the last days of the war in 1918.

France, or specifically Paris, was the inspiration for the hedonist Frederick Delius; and our final composer of the day Baron Frederic D'Erlanger was born in Paris - but opted to become a naturalised Englishman in the 1880s. Known as "Baron Fred", he was a keen supporter of the arts, and a composer who had two operas staged at Covent Garden.

And Ben Johnson and James Baillieu are joined by counter tenor Chris Ainslie for the second of Britten's 5 Canticles: Abraham and Isaac.

Episode 1—Best of British with the BBC Orchestras

Episode 3—Best of British with the BBC Orchestras