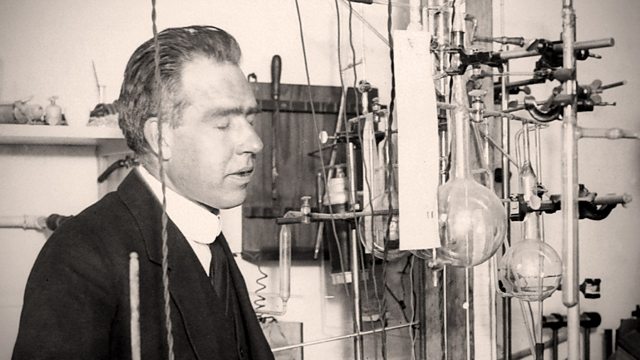 Benedict Cumberbatch, Greta Scacchi and Simon Russell Beale star in Michael Frayn's award-winning play about the controversial 1941 meeting between physicists Bohr and Heisenberg, part of a joint Radio 3 and Radio 4 series of three Michael Frayn dramas for radio - including new adaptations of his novels, 'Skios' and 'Headlong'.

Copenhagen, Autumn 1941. The two presiding geniuses of quantum physics, Niels Bohr and Werner Heisenberg meet for the first time since the breakout of war.

Danish physicist Bohr and his wife, Margrethe, live in Nazi-occupied Denmark; their visitor, Heisenberg, is German. Two old friends, now on opposing sides, who between them have the ability to change the course of history.

But why has Heisenberg - Bohr's former protégé - come to Copenhagen?

Michael Frayn's Tony award-winning play imagines the three characters re-drafting the events of 1941 in an attempt to make sense of them. A powerful exploration of the uncertainties of human memory and motivation.

A New Cycle of Mystery Plays