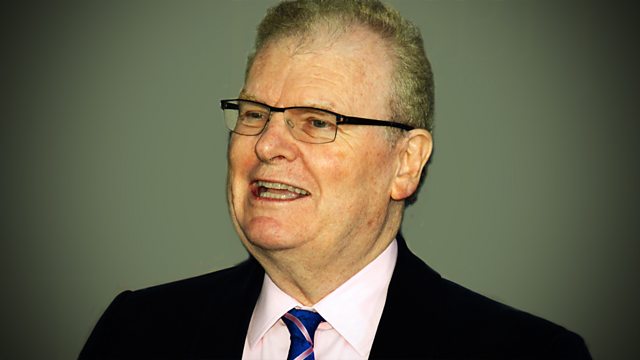 Kirsty Young's castaway this week is Sir Howard Stringer. Now Chairman of the Board and formerly CEO of Sony, he was surely the only Chief Executive who was a decorated Vietnam vet as he knelt before the Queen to be knighted. It gives you something of an idea of the breadth and height of his achievements.

Born in Cardiff he went to 11 different schools before his 16th birthday and it clearly gave him restless feet. In the mid-sixties he headed to America where his first job was answering phones for the Ed Sullivan Show. He loved TV and it felt the same about him. He's won a raft of Emmys for his productions and worked with all the big beasts of the broadcasting jungle including Walter Cronkite, Dan Rather and David Letterman.

He has spent the last few years commuting between New York, Tokyo, London and Hollywood - the first and so far only westerner to run the Japanese giant Sony.

He says - "I think I'm a bit prone to new adventures. The same damned impulse that got me in trouble by sending me to America in the first place compels me to take challenges when offered them."