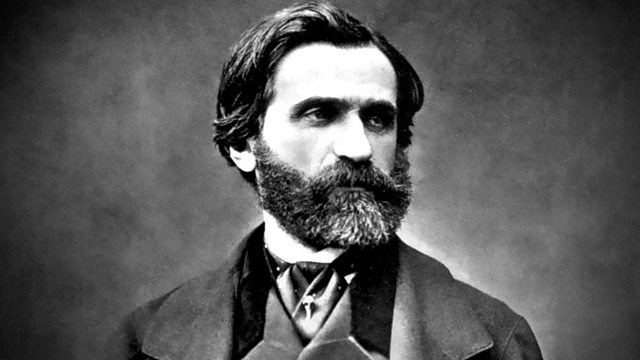 Verdi's opera I Lombardi, set at the time of the First Crusade, in a performance given in Florence in 2005. With conductor Roberto Abbado and bass Erwin Schrott.

Verdi 200: I Lombardi, Verdi's opera set at the time of the First Crusade, in a performance given at the Maggio Musicale 2005 in Florence, conducted by Roberto Abbado and starring Erwin Schrott and Ramon Vargas.

To celebrate the bicentenary of his birth, Radio 3 will broadcast all of Verdi's operas during the course of 2013. Tonight John Shea presents a story of fraternal strife set in the time of the First Crusade. When I Lombardi was first performed in Milan in 1843,contemporary accounts noted that the opera touched a chord of Italian nationalism: the Milanese decided that they were the Lombards, the Holy Land they were defending was Italy, and the Austrians were akin to the Saracens. But against this background is the story of two brothers who both love the same woman, and the tragic discord that arises as a result. Arvino is the lucky one - he marries Viclinda and is chosen to lead the Lombard crusaders - but his brother Pagano, tormented by jealousy, ends up as a hermit in the hills outside Antioch, in an attempt to expatiate his past sins.