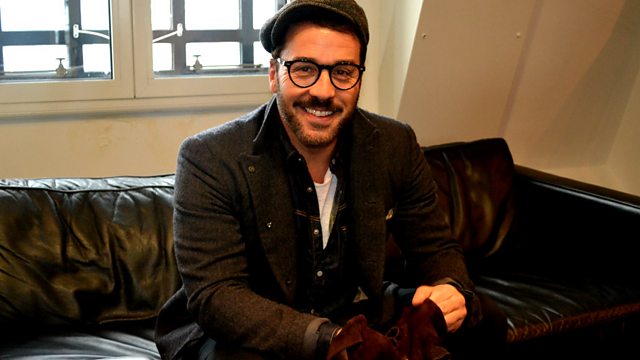 Sir Cameron Mackintosh reveals some secrets about the film of Les Miz, and actor Jeremy Piven explains why he wanted to star in the drama series Mr Selfridge... think discount.

A show that was full of surprises, mainly for our host as his guests turned up when he was least expecting them to.

Producer Sir Cameron Mackintosh revealed that Taylor Swift really did audition for the film of Les Miserables and that he has every intention of resurrecting the musical Martin Guerre. Later, actor Jeremy Piven explained the real reason why he accepted the leading role in the new TV series Mr Selfridge: he wanted a discount in a well-known British department store. We have no idea which one though.

In Grill Graham, Maria and our host didn't really help Jilly who wanted to dump her partner of fifteen years - now you tell us! - and neither did they help Zoe, whose friend was really getting on her nerves. But we did learn something about teachers and teaching assistants; but sadly, we've now forgotten what that was. Detention looms.

Our Tune With A Tale was a weird one from Dr Hook thanks to the super clean Donna Wells and over in the I Can't Believe It's Not Better corner, Michael in Cornwall shocked many by choosing Gangnam Style.

See all episodes from Graham Norton

See all clips from With Jeremy Piven & Cameron Mackintosh (3)