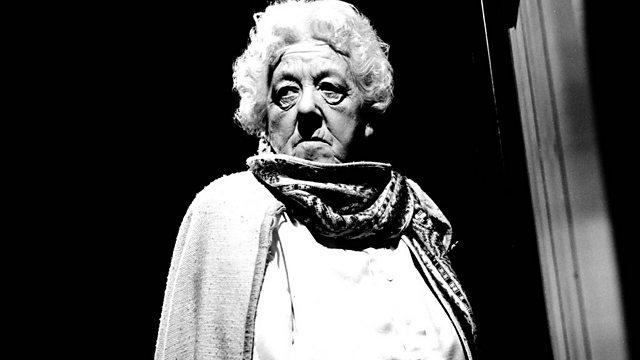 Margaret Rutherford was a benign battleaxe, chin wagging like a windsock, famous as Miss Marple, Madame Arcati in Blithe Spirit and for her roles in Passport to Pimlico, The Importance of Being Earnest and an Oscar-winning performance in The VIPs. Stephen Fry looks back at the life and work of one of our finest comedy actors and one of Britain's best-loved box office stars.

The comic and dramatic roles Margaret played were as nothing to the astonishing true crime stories that shaped her life and career. Murder was to play a part in her life, beyond the role of Miss Marple. She was also a regular visitor to a young offenders' institution and had a family secret that she never revealed.

And Stephen talks to one of Margaret's distant relatives. Somewhat surprisingly, it's the Rt.Hon.Tony Benn.

What Big Teeth You Have...

See all clips from Blithe Margaret (2)