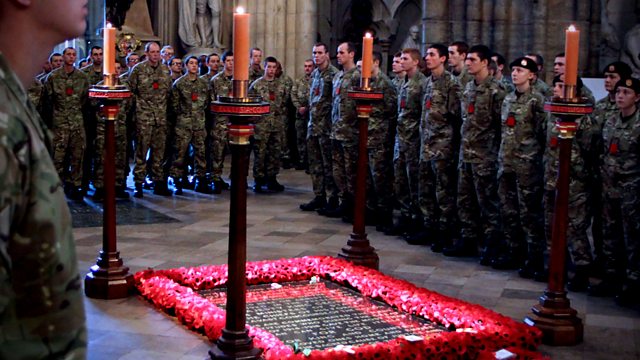 This final episode sees how the workforce confronts the challenge of taking this 1,000-year-old institution into the 21st century, while maintaining the traditions of the past.

The third programme in this unprecedented, behind-the-scenes look at one of Britain's most iconic landmarks sees how the workforce of 250 people confront the challenge of taking a 1,000-year-old institution into the 21st century, while maintaining the traditions of the past.

The new intake of eight-year-old choristers at the abbey choir school talk about what it is like to be trained to sing in one of the most famous choirs in the world.

At the other end of the age spectrum, war veterans and relatives of the fallen speak movingly about what the abbey means to them as a place to remember the sacrifices made in World War II and later conflicts.

Senior judges talk openly as they take part in an ancient ceremony marking the start of the new legal year.

Reflecting the abbey's role in national life, this final episode explores the importance of the abbey as a place of memorial and reveals that it is in the gift of the dean to nominate those Britons who have made a significant contribution to the nation to be remembered.

As surveyor of the fabric, Ptolemy Dean explores some of the hundreds of memorials which adorn the abbey. The dean explains why, in 2012, he has chosen to pay tribute to Octavia Hill, a radical Victorian social reformer and co-founder of the National Trust.

The endless cycle of renewal at the abbey is symbolised in the preparations for one of the busiest times in the Christian calendar, Christmas. The programme witnesses the arrival of the abbey's Christmas trees and the annual carol concert attended by hundreds of members of the public.

See all episodes from Westminster Abbey