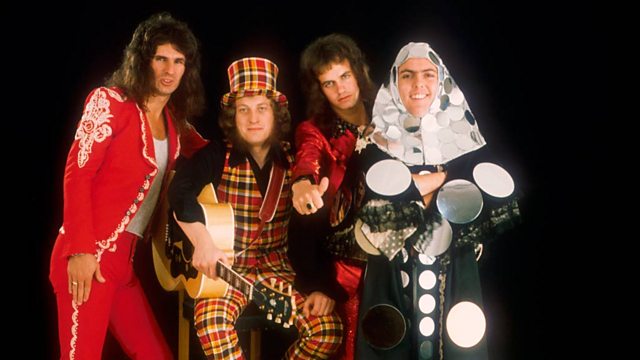 Documentary about Slade, one of Britain's best-loved bands, who sold over 50 million records during a career which saw them go from skinhead yobs to glam gods to hard rock heroes.

They definitely know "IT'S CHRISTMAAAASSSS!"

Top pop documentary, narrated by Radio One's Mark Radcliffe, about one of Britain's greatest and best-loved bands. Slade scored six number ones in the 70s, a feat rivalled only by Abba. Formed in Wolverhampton and led by Noddy Holder, Slade sold over 50 million records worldwide during a 20-year career which saw them re-invent themselves as skinhead yobs, then mirror-hatted platform-shoe-pioneering glam gods, before finally re-emerging as hard rock heroes.