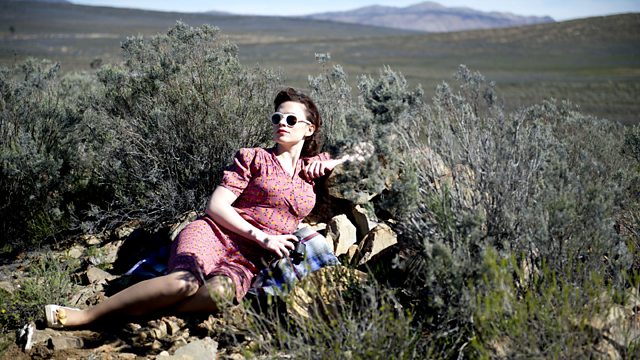 Life of Pi, Dance of Death and Restless are all reviewed

Life of Pi, The Dance of Death, Restless, and The Girl, the film about Tippi Hedren's relationship with Alfred Hitchcock during the making of The Birds. With Tom Sutcliffe.

Life of Pi, Yann Martel's 2002 Booker winner, was reputed to be unfilmable. But now Ang Lee has attempted to prove everyone wrong with an extraordinary 3D and CGI display that brings not just a boy and a tiger to life, but a whole ocean. How effective is it in telling the story?

There are two television offerings: The Girl is a film starring Toby Jones and Sienna Miller as Alfred Hitchcock and Tippi Hedren which will go out on BBC 2 on Boxing Day. It focuses on their relationship during the making of The Birds, when Hedren had to endure days of live birds being thrown at her as well as Hitchcock's unwanted attentions. Restless, beginning on BBC1 on December 27, is an adaptation of a novel by William Boyd, starring Hayley Atwell, Charlotte Rampling, Rufus Sewell and Michelle Dockery, well known for her role as Lady Mary in Downton Abbey. It is based on the reality of how Britain spied during the Second World War.

At the Trafalgar Studios in London a new version by Conor McPherson of Strindberg's The Dance of Death, a depiction of a claustrophobic marriage starring Kevin McNally, Indira Varma and Daniel Lapaine, provides an antidote to Christmas fare.

Finally, Tenth of December, a collection of short stories from George Saunders, of whom Zadie Smith has said, "Not since Twain has America produced a satirist this funny with a prose style this fine".

Restless begins on BBC1 on Thursday 27th December at 9pm.

Life of Pi is in cinemas nationwide, certificate PG.

Dance of Death continues at the Trafalgar Studios in London until the 5th of January 2013.

10th of December by George Saunders is published by Bloomsbury.