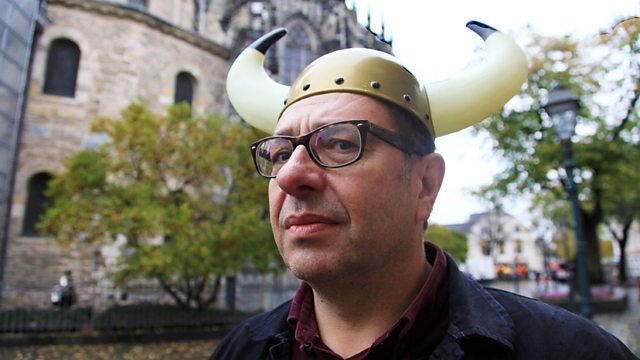 The Men of the North

The Dark Ages: An Age of Light
Episode 4 of 4

Waldemar Januszczak looks at the Vikings with their intricately-decorated long ships, and the Irish and Anglo-Saxons' manuscript illumination and jewellery.

Waldemar Januszczak disagrees. In this four-part series he argues that the Dark Ages were a time of great artistic achievement, with new ideas and religions provoking new artistic adventures. He embarks on a fascinating trip across Europe, Africa and Asia, visits the world's most famous collections and discovers hidden artistic gems, all to prove that the Dark Ages were actually an 'Age of Light'.

In the final episode, Waldemar looks towards the north of Europe. The Carolingians saw themselves as successors to Rome, reflected in their art. Elsewhere, the Vikings were constructing long ships with intricate decoration and marking their territory with powerful rune stones. And on the British Isles, the Irish and Anglo-Saxons were creating unique works of manuscript illumination and remarkable jewellery.

The Wonder of Islam