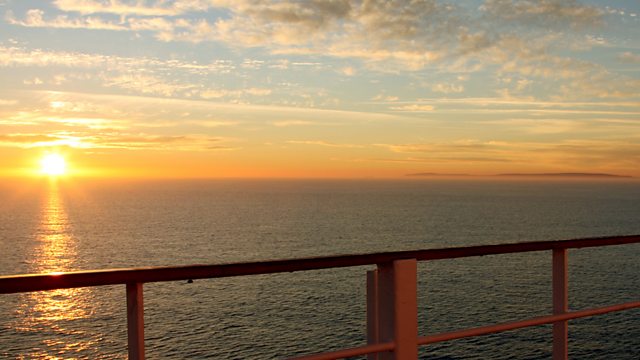 Words and music on the subject of dreams, with readings by Sophie Thompson and Chiwetel Ejiofor. With work by Melville, Emily Bronte and Hardy, plus Berlioz, Stravinsky and Handel.

Freud argued that dreams could be interpreted, and for many literary characters, such as Winston in 1984 and Tolstoy's Anna Karenina the dream is used as a device to reveal the character's true or subconscious feelings. Nightmares are also well represented, with chilling passages from Moby-Dick and Wuthering Heights. There are also aspirational dreams from real people such as Churchill and George Mallory, and literary figures; Jude the Obscure is desperate to escape his miserable life through learning, while Rebecca Sharp sees a rich husband as her salvation. Prophetic and opium-induced dreams also feature, alongside music by Mendelssohn, Berlioz, Stravinsky and Handel. Extracts are read by Sophie Thompson and Chiwetel Ejiofor.

Tonight’s Words and Music is on the subject of dreams. Freud argued that dreams could be interpreted, and with many literary characters the dream is used as a device to reveal the character’s true or subconscious feelings; George Orwell’s Winston feels his whole world is trapped in a glass paperweight, while Anna Karenina’s adulterous affair seems perfectly acceptable in her dreams, though she wakes from them in horror.  Nightmares are also well represented. Captain Ahab’s disturbed nights are caused by his obsession for revenge against the whale Moby Dick – the accompanying music by Peter Mennin was inspired by Meville’s novel. Emily Bronte’s Wuthering Heights features another famous nightmare; Mr Lockwood dreams of a ghostly child called Catherine trying to get in through his window.

There are also aspirational dreams, both literary and real. In The Gathering Storm, Winston Churchill describes his anticipation at taking control of Britain during the 2nd World War. For George Mallory, his only dream is to conquer Mount Everest, and Liszt’s symphonic poem Ce qu’on entend sur la montagne seemed to provide a suitably inspirational soundtrack. Jude the Obscure is desperate to escape his miserable existence by becoming a scholar in the city of Christminster, which he has built up in his mind to have almost mythical status. For other characters, the route to happiness is more mercenary; Rebecca Sharp sees a rich husband as her salvation, and this is accompanied by an equally grasping operatic character – Massenet’s Manon.

In the Bible Joseph has a famously prophetic dream, a story which was set to music by Handel in his little known sacred drama Joseph and his Brethren. Coleridge claimed to have written his poem Kubla Khan the day after an opium-induced dream, which has an obvious parallel with Berlioz’s Symphony Fantastique in which a young musician dreams of his love after having poisoned himself, also with opium. The programme ends with WB Yeats’ poem He Wishes for the Cloths of Heaven, with a beautiful setting of the text by Howard Skempton. Tread softly, because you tread on my dreams.