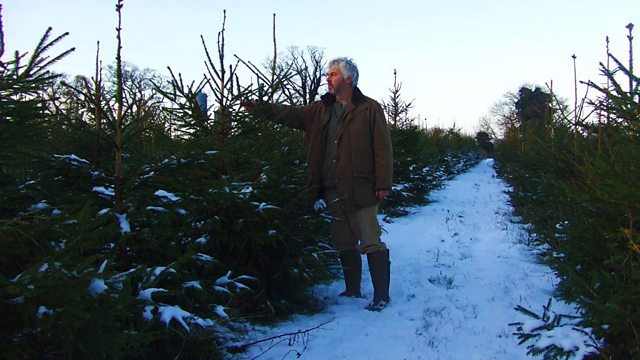 Helen Mark is in Norfolk, where preparations for Christmas are underway. Joining Helen is Vincent Thurkettle, whose life has been defined by a love of trees and the great outdoors.

Helen Mark is in Norfolk where preparations for Christmas are underway. In Great Hockham Helen meets Vincent Thurkettle whose life has been defined by a love of trees and the great outdoors. During the early part of the year, Vincent tends his fields of Christmas trees, which are allowed to grow with wild flowers at their roots, before spending his summers diving for sunken treasure off the coast of Britain. Returning to Norfolk later in the year, Vincent begins his Christmas tree deliveries and Helen joins him as he sets off.
In the coastal town of Cromer, a rather more unusual Christmas tree has appeared in the churchyard and Helen meets fisherman, John Davies, to find out about the 150 lobster pots that were used to build the tree which now lights up the town and celebrates the town's fishing heritage.
Helen also finds out how to decorate a Christmas tree for garden birds before heading back to Great Hockham where Vincent Thurkettle has finished the day's deliveries. Vincent, who also spends a week each year chopping wood to heat his cottage and cook his food gives Helen a lesson in how to lay the best wood fire and where the chestnuts will soon be roasting.

The Canal That Never Was