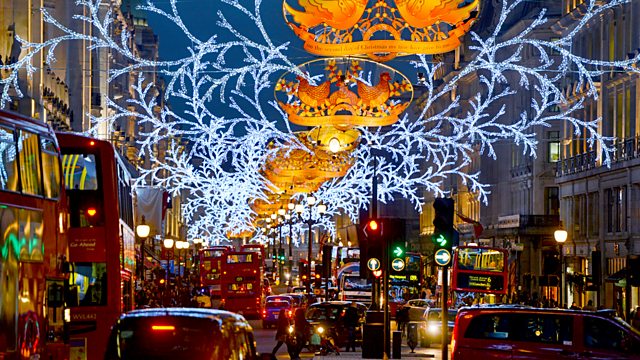 A New Cycle of Mystery Plays

Broadcast as single plays in the Essay in the run up to Christmas, five newly commissioned short plays inspired by the medieval Mystery Plays, here brought together to capture the festival feel of the original cycles. Each play is a reworking of a New Testament Story, reset in the contemporary world by up and coming writers - and evoking the spirit of these early forms of theatre. Together they form a new cycle. Rev. Dr. Giles Fraser introduces the plays to give them a biblical context.

The New Cycle of Mystery Plays, every evening in The Essay, and then compiled on Sunday in the Drama on 3, is the second Cycle commissioned by Radio 3. Last year's Cycle, with stories all drawn from the Old Testament, featured Noah's Flood (set in a B&Q), the Creation (rehearsed in the mind of a recovering coma victim), Samson and Delilah (set in a hair salon), the Flight from Egypt (where old people break out of an oppressive home in Hackney) and David and Goliath (for the Israelites and the Philistines, read two postcode gangs in North West London).

Frazer Flintham is a member of the Forward Theatre Project, and has had work on in Edinburgh, the Bush, Soho Theatre, and the Greenwich and Docklands International Festival. His next Radio 3 play, We are Mermaid, will be broadcasting in early 2013.

Winsome Pinnock is a London playwright whose work featured frequently at the Royal Court in the late 80s and early 90s. Her 1991 play, Talking in Tongues, won the George Devine Award.

Tom Wells is a young playwright from Hull, whose play The Kitchen Sink, at the Bush Theatre, won the George Devine Award, the Critics' Circle Most Promising Playwright Award, and has just been shortlisted for the Evening Standard Theatre Awards.