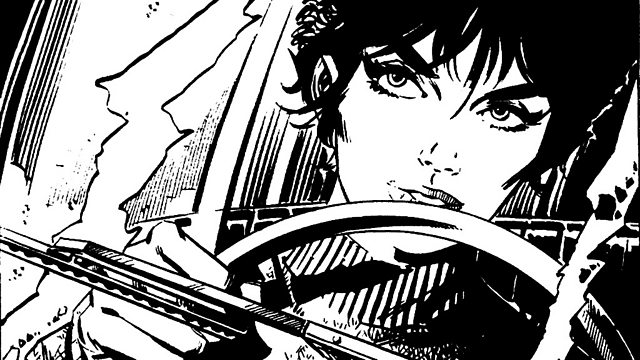 In Stef Penney's adaptation of Peter O'Donnell's novel, Modesty takes on a mission involving a young girl with ESP, an exotic desert location and a villain intent on murder.

She's glamorous, intelligent, rich and very, very cool. Modesty Blaise has been called the female James Bond but she's much more interesting than that. With her expertise in martial arts and unusual weapons, the ability to speak several languages and her liking for fast cars, twenty-something Modesty became a female icon long before the likes of Emma Peel, Lara Croft, or Buffy.

In Stef Penney's brand new radio adaptation of Peter O'Donnell's novel, Sir Gerald Tarrant, Head of a secret British agency, tempts Modesty out of retirement and into a job involving a young woman with extra sensory powers, an exotic desert location, and a larger than life public school villain, intent on murdering his way to a vast fortune. With its perfect cocktail of glamorous settings, hidden treasure, a twisting turning plot, and characters to root for, A Taste for Death is an action packed treat - and a guilty pleasure.

With an original score by Goldfrapp's Will Gregory, arranged by Ian Gardiner, and performed by the BBC National Orchestra of Wales, conducted by Ben Foster.

Produced and Directed by Kate McAll

Interesting Modesty Facts:
Modesty first started life in 1963 as a strip cartoon in the London Evening Standard - the first of the novels followed three years later.