Schedule
BBC Radio 4
No Ideas But in Things: The Poetry of William Carlos Williams
Main content 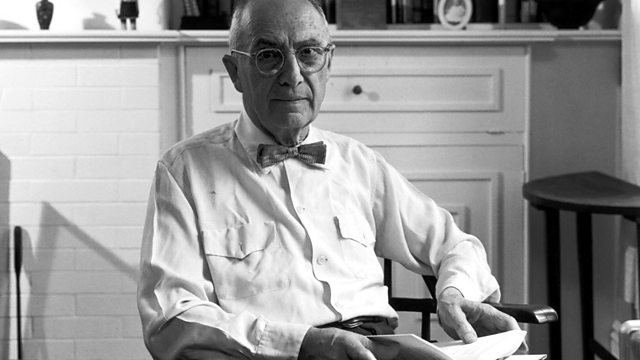 No Ideas But in Things: The Poetry of William Carlos Williams

In the centenary year of Imagism, English poet Annie Freud explores the work of the all-American doctor and poet William Carlos Williams.

William Carlos Williams is known as a revolutionary figure in poetry but, in comparison to his friend Ezra Pound and American writers including TS Eliot and Gertrude Stein, who sought a more exciting environment for creativity in Europe, Williams lived a strikingly conventional life.

A doctor for more than forty years serving the New Jersey town of Rutherford, he relied on his patients and the America around him to create a distinctively American verse. His lifelong quest was that poetry should mirror the speech of the American people.

A second generation immigrant, he sought to make something of the people and for the people in America. He was mocked by Pound who came from centuries of Americans and wrote to him "My dear boy, you have never felt the whoop of the PEEraries", but their correspondence was vital in developing the poetry of Imagism, which Pound would formally name in 1912.

Williams' sense of ordinary people, living in a real place not an imagined city of ancient relics and memory, defined America for him and infused his work. He got rid of the high blown poetic language of Europe, paring down his verse to essential, unemotional, broken lines. His famous poem The Red Wheelbarrow, published in 1923, is 16 words on 8 lines.

He was awarded the Pulitzer prize for poetry, posthumously, in the year he died 1963. He is America's first true poet.