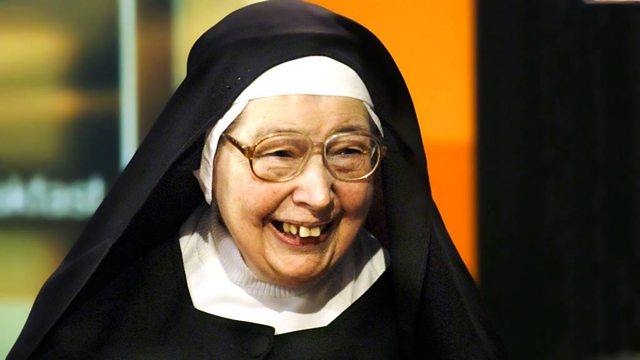 For over 40 years she's lived the life of a hermit, rising every day at midnight to spend seven hours praying. Her home is a caravan in the grounds of a Carmelite Monastery where she spends her days in silence - speaking only once a day to the nun charged with delivering her daily food rations of skimmed milk, cold cooked vegetables and two rice crackers.

Her self-imposed isolation has only been broken by the - frankly rather unlikely - occurrence of a television career. She is the nun who knows about art and her passionate and pithy critiques of the world's great works and hidden treasures have won her many devoted fans.

With decades of solitude and prayer under her belt she seems, unlike nearly every other guest, to be perfectly cut out for a stretch alone on a desert island.

She says "It's my apostolic duty to talk about art. If you don't know about God, art is the only thing that can set you free".