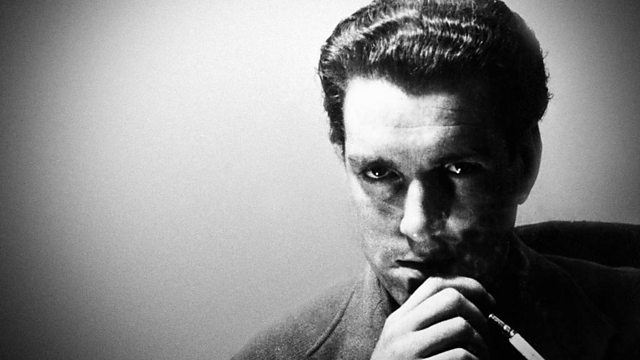 Julian Maclaren Ross, was an eccentric dissolute dandy - one of those writers who, really did live his life out of suitcase, and whose later career was a spiral of precarious commissions and unpaid debts. Maclaren Ross was portrayed as the saturnine 'X. Trapnel' in Anthony Powell's 'A Dance to the Music of Time'.

He was taken up by the distinguished critic Cyril Connolly, who printed his stories in the celebrated wartime magazine Horizon. His great days were the period 1940 to '45 when he spent 12 hour days in the Soho pubs, before returning home to his squalid bed sits for night long amphetamine fuelled writing sessions. He got called up into the army - see the short story collection The Stuff to Give the Troops - and was eventually court-martialled.

He was a novelist (Of Love and Hunger, 1947), short story writer, journalist and autobiographer (Memoirs of the Forties, published posthumously 1965). His path lay down, and ever down, through poorly-paid hack-work to a series of romantic obsessions that included the stalking of Orwell's widow Sonia, and a premature death, from heart-failure, in 1964. It is a dense, extraordinary story, with overtones both exotic (South of France journeyings) and mundane (door-to-door vacuum cleaner selling in Bognor Regis). In this programme, the writer and critic, David Taylor argues that this rackety Bohemian is ripe to be compared with both Evelyn Waugh and Anthony Powell, both of whom greatly admired him.

David speaks to Powell's son Tristram, who filmed Maclaren Ross for a BBC documentary. We hear from his son, Alex and from his biographer Paul Willetts. Anthony Thwaite remembers working with Maclaren Ross in the 50s, and the writer and agony aunt Virginia Ironside, explains how she raised money to put a head stone on Maclaren Ross's unmarked grave. The programme is presented by David Taylor. The producer is Nicola Swords.